Evolution and Applications Of Spot Welding!

In this article, you will learn more about spot welding, its applications and the reasons for its development along with its effectiveness when used in small shops.

Of the resistance welding processes this method is more than the others in this category.

The basic way it works is that a piece of metal is put in between two electrodes that looks almost like an alien claw of some sort, and then you close them together pinching the metal slightly. At this time when the electrodes are pinching the material like a crab claw electricity is passed through the following order: first electrode, material, second electrode.

By the way, don't confuse seam welding with this process. Seam welding is similar but instead of welding specific individual 'spots', a seam welder will make the spots actually overlap so that the weld is a seam versus a spot. A seam welder is a usually used in an industrial setting.

To understand the purpose of discovery and development of the welding methods, we have to turn back the clock and get a historical perspective. Let’s make one thing clear: welding is not a new phenomenon. In fact, the roots of welding go back to the Bronze Age. Although, it was not as developed as it is today, people started working on ways to fuse different metals together.

The first breakthrough came in 1881, when Auguste De Meritens managed to join two lead plates by heating them at high temperature. One of his Russian students got the process and idea patented. As time passed, several modifications were made in electrodes and the welding process. The two main factors behind the development of welding were the high demand for arms during the First World War and the need to join metal sheets together to serve different purposes.

Welding was extensively used in the production of arms during World War I. This was the opening the welding industry was looking for to turn this skill into a successful business. Many American and European companies cashed in on the high demand for welding and produced welding electrodes and machines. Spot welding, along with the other types of welding, such as seam welding, and projection welding was developed in early 1900s.

The discovery of electric current was another major breakthrough for the welding industry. Alternating current was invented by C. J. Holslag in 1919. Soon after that, automatic welding was introduced in 1920. But it was in the 30s that heavy-coated electrodes started going mainstream. Welding continued on its evolutionary path and took on the form that we know today. 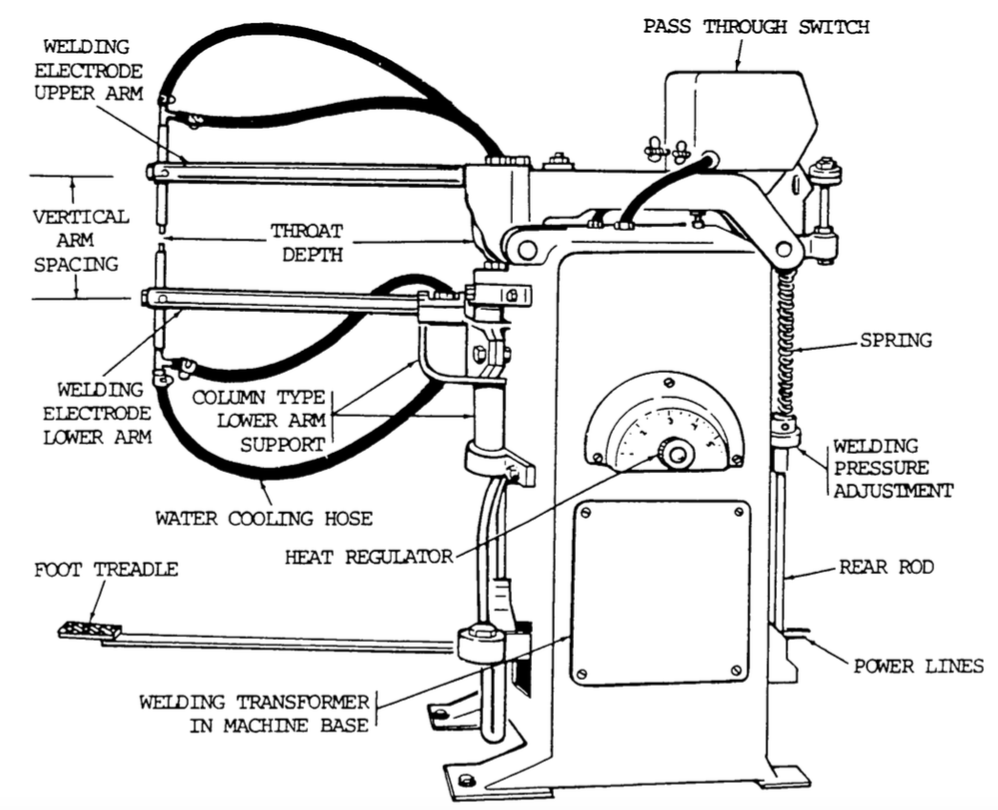 As this video (above) demonstrated, this type of welder is a fantastic tool for use with sheet metal, especially thinner material.

Similar to welding, this resistance welding process is also used for welding sheet metal and wire, but the real world applications of applications go far beyond that. To better understand these applications, we can divide the uses of this process with respect to the scape of the industry. Two broad categories of this application are:

It is used frequently in many large-scale industries, such as

It is used extensively in the automobile industry. From cars’ bodies to different car parts, spot welding plays an important role in car manufacturing. On assembly lines, automatic machines or robots are preferred over manual welds due to safety purposes.

From electronic components and connectors to solenoid assemblies, you will find that the spot resistance welding method is used extensively in the manufacturing of electronics. It is widely used in gas sensors, printed circuit boards, disc drive assemblies and even solar cells and panels. Complex electrical components such as PCB, cables, connectors and switches can also be welded through hand piece tools. Many electronic components we use today have gone through a spot resistant welding process. 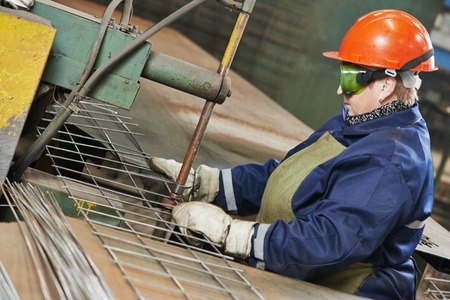 You might be surprised to know that battery manufacturing processes also involve this process. When it comes to combining cells to create powerful batteries, this process is used when different metallic elements have to be combined. Nickel metal hydride cells are often fused together to form a battery, which was not possible before. Besides this, nickel cadmium cells can also be merged to produce batteries that serve different purposes.

Most battery manufacturers prefer spot welding over soldering because it manages the heat produced during the process in a better way and prevents the battery from heating up. This also preserves the efficiency of the battery. On the other hand, soldering heats up the battery at high temperatures which can negatively impact battery performance.

You will be a little surprised to know that spot welding is used for facilitating dentists. You might be thinking what spot welding had to do with dentistry. It is also used for creating customized molar bands of different sizes. Not only this, but the metal braces, which are used for realigning misshapen teeth are created through a process which involves this welding process.

It is quite common to see skilled workers repairing metal doors, windows and other damaged metallic items via welding. This process is also used for bringing damaged and dented cars back into shape. Even in car repairs, you might see spot welding at work in different sub–domains, such as metal plating, car part geometry and thermal loading. The interesting part is that all these applications differ greatly from one another but have one common factor, which is spot resistance welding.

Common Spot Welders For The Garage Of Shop: 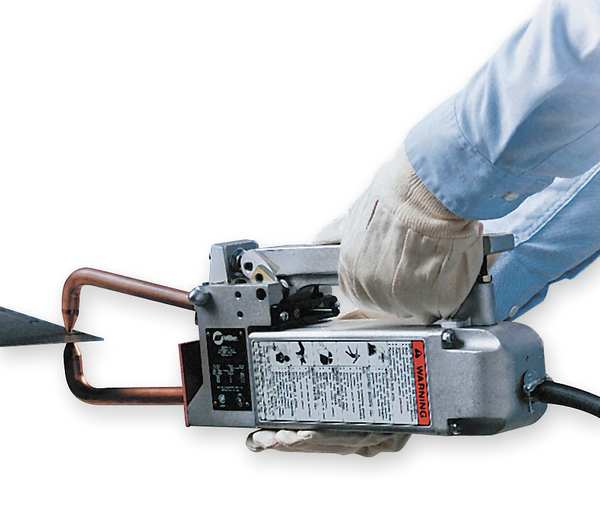 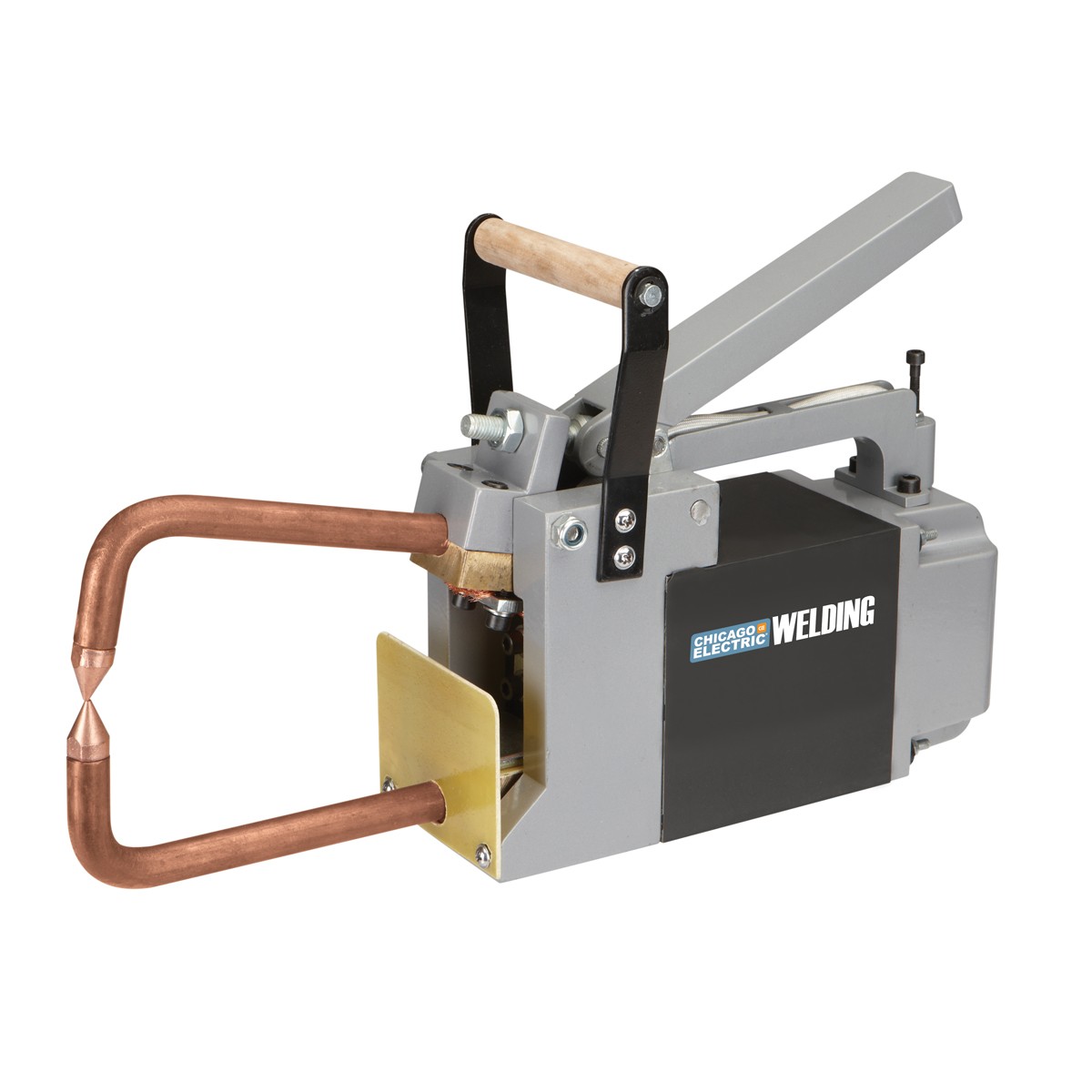 On the low end is one by Chicago Electric which is 16 Amps.

Since ancient times, man has had a strong desire to mold metals in different shapes. Thanks to advancement in technology, now we can do whatever we like with metal.

Welding is a process that has made it possible to join two metal surfaces with one another. There are many types of welding processes and spot welding is one of them. It is a very handy and effective tool that does not require much training to use.

From large businesses to small-scale repairing shops, this process is still the preferred method to join two pieces or sheets of metal to form new components and parts which are then used for different purposes. Safety is also an important consideration because molten metal (slag) are dangerous so take precautions when using one.