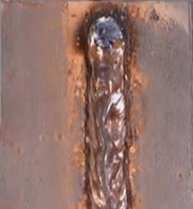 The most common type of weld you will do is a Fillet weld and a Groove weld, and you can accomplish these welds in all four positions.

But you also do surface welds in all four positions as well, thought you will not do this type of weld very often.

There are numbers that are used to designate the type of welding position and weld.

In addition there are letters that designate the type of weld you will do in that postion. For example:

Quiz: What does 3F mean?

In the flat welding position you will do your weld on the top side of your joint. But the actual face of your weld will be in a near horizontal position.

The common term for this kind of weld is called, 'flat position' but it is also referred to as the 'downhand' position.

Out Of Position Welding:

The flat welding position is the easiest position and most desirable position to weld in. In the flat position the metal is flat and your welding torch or rod is going to move in a horizontal direction.

The other positions are called Out Of Position because the are more difficult and require more skill to do them well. The out of position welding positions are: Horizontal, Vertical, and Overhead. 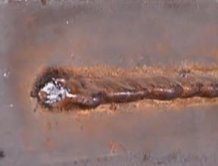 The picture of the weld bead to the above right is an actual horizontal weld using 7018 rod. 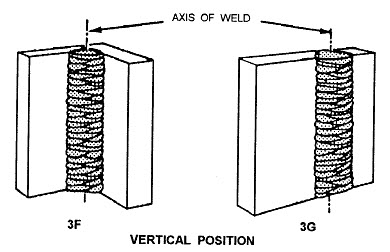 In the Vertical position welding the welds axis is almost vertical.

When welding pipe in the vertical position the pipes axis is vertical and you will be welding in a horizontal position. The pipe might rotate, or not. It just depends.

The actual weld bead picture on the right is a vertical weld bead using a 7018 welding rod.

In the overhead welding position you will do the welding beneath the joint. It's pretty self explanatory.

This diagram is a little bit more complex because it shows multiple fillet weld sizes and positions. it also shows single, double, and multipass welds... 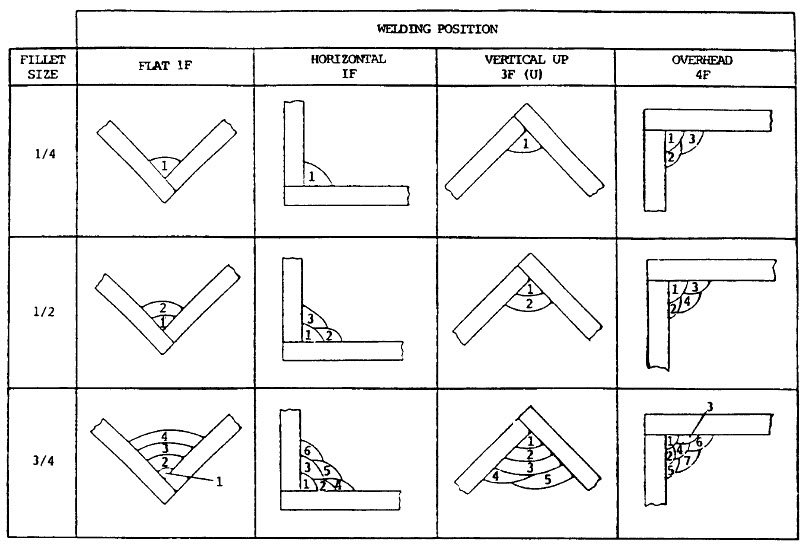 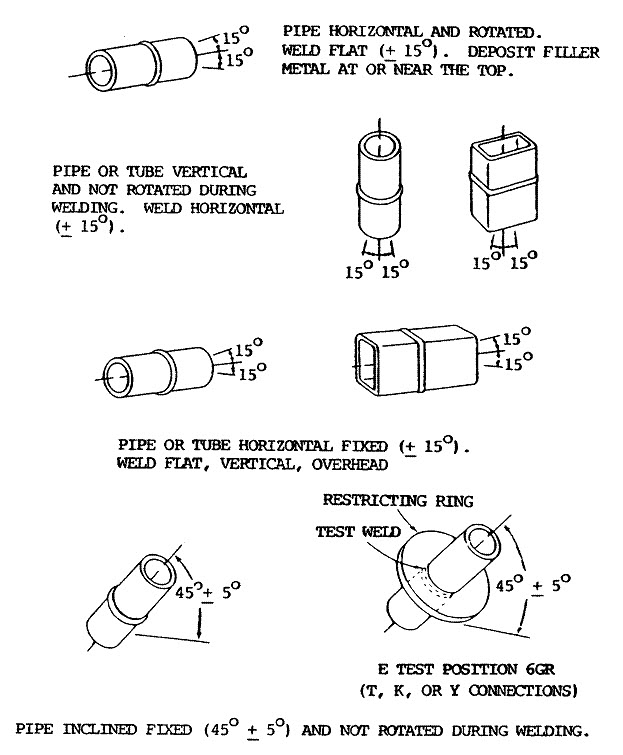 The positions you encounter when Pipe welding are many and usually the position will be fixed, however it's not uncommon to be in a flat position.

Step 1: You will align Align the joint, tack weld it, or you can hold it with bridge clamps (made of steel) and your pipe should be placed on rollers. See illustration below. At this point you would begin to weld starting at C, and then move your weld up to point B. Once point B is achieved you will then turn the pipe until you until you get to point C (the weld stop point), and at this time you will begin welding up to point B. As the pipe rotates you should be holding your welding torch between the B and C points. Your pipe will turn past them.

Step 4: If you have .25 inches thick or more of sidewall (of your pipe)  you will need to do a multipass weld.

Once you have tack welded you should have them set up as indicated in Image E below. Once you start welding do not move the your pipe. 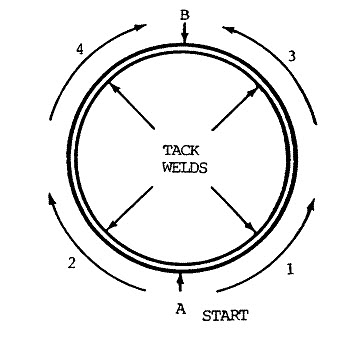 As you weld in the horizontal fixed position you will weld like this:

As you weld down you will do this in two steps:

Step 1: See illustration above for this - Begin at the top and weld down (See #1) all the way to the bottom.

Go back to the top and weld all the way down the opposite side (See #2). At the bottom is where you will meat and join the other weld.

Arc welding is the preferred method using the downhand (downward) method because arc welding creates an electric arc with a higher temperature and this gives you the ability to weld about 3x the speed of the uphand or upward welding method. 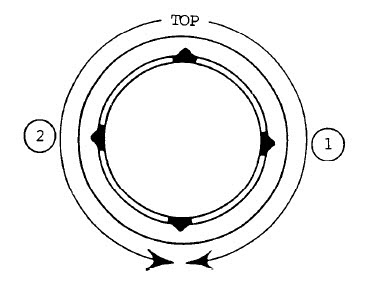 Using the backhand technique is recommended on low alloy steel or low carbon steel that you will be able to roll or that is weldable in the  horizontal position...

When pipe welding in the vertical fixed position and the joint needing to be welded is horizontal, you are most likely to use the backhand technique.

You will start your welding at the tack weld and then go round. 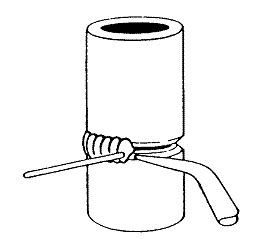 Root beads: When using a lineup clamp you will start your root bead at the bottom of the groove.

Remove the clamp after you put as much root bead as the line up clamp bars will allow. But you should finish the bead once your remove the clamp.

Filler beads: You should take good care with filler beads and be sure that they are properly fused with your root bead and you want to remove any weld defects specifically undercutting from the root bead deposition. Usually filler beads of 1 or more all the way round the pipe are necessary.

Finish beads: You will complete your joint by putting finish beads (See Image H)  over your filler weld beads. The most common bead made in this fashion is what is called a weave bead which is approximately 5/8 inches wide and about a 1/16 of an inch over the pipes surface when you are done. See Image H.