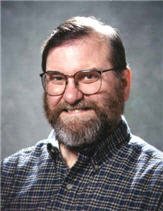 We have been selling Ron Covell DVD guides for 6 years now, and working with Ron and His wife has been a pleasure. Rons welding and metalworking DVD guides are the best in the world, without a doubt.

Covell is a famous name in the world of metal working and shaping. For years he has pushed the boundaries in metal work to produce some of the most amazing and aesthetically pleasing automobiles and motorcycles.

The story of Ron Covell starts at his birth in San Jose back in 1944. From a young age Covell showed a great love for the automotive industry, this love saw him start his own automobile projects while at a tender age attending high school. In fact during his high school years Covell actually built two cars, a flathead-powered channeled Model A coupe and a Deuce 5-window proving his skills in bodywork and automobile manufacturing while still inexperienced.

After high school Covell attended San Jose City College where he was enrolled in an automotive collision course. During his time at college Covell also worked for Arnie Roberts, a San Jose race car builder which helped hiim develop his skills further.

Upon finishing college Covell took matters into his own hands and started his own business. This business was an instant hit as he started building dragster bodies that were used by Kent Fuller, a famous dragster builder. After a while Ron Covell found that his love for building dragster bodies wained and he turned his attention to another form of transport, the motorcycle.

This change into the motorcycle industry saw Covell start to develop street rods. In this period he developed his name further as one of the best in the automotive industry.

As the 1970's rolled round Covell wanted to develop himself further and to do this he started studying sculpture. By 1976 he had achieved a degree in scultpure and used the knowledge of his degree to carry on his love of custom motorcycles and street rods, although he has worked on some other spectacular vehicles since this time too.

In his career Covell has won numerous awards and gained recognition for his work from many media publications, Covell has also published his own technical articles in many automotive publications.

In 1993, with the support of his wife, Covell decided he wished to share his knowledge and expertise with others and started hosting workshops where people could learn his metal working skills. These workshops became so successful that Covell opened a line of tools, videos, and books (see below).

Today Covell is passed retirement age but still works because of his love for the work he does. This love shows as he puts so much time and effort in to the wonders he creates.

Ron is good buddies with Ron Fournier, another certified legen in the metalworking industry. Get his DVD's and guides too. You won't be sorry.